written by and starring Fiorella Colombo and Fabrizio Marchesano

A magical performance for the most mysterious celebration of the year, Halloween: when the life of Harry Houdini, the greatest illusionist, became legend.

On a dark night a strange thief enters a witch’s house… What is he looking for? Which is the secret that lies there? And what will happen when the witch will surprise him?

COME IN YOUR HALLOWEEN COSTUME!!!! 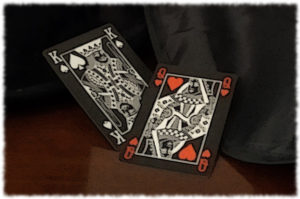 Many thanks to John Cox for his wonderful blog dedicated to Harry Houdini, which represented an invaluable resource during the documentary research for the show: